In 202 BC, Liu Bang ended the long-term wars since the end of the Qin Dynasty and established the second unified dynasty in the ancient Chinese history - the Western Han Dynasty. The stable political situation has enabled the society to fully develop in the fields of politics, economy, culture, science and technology, and formed an unprecedented period in ancient Chinese history. Under the background of this era, the jade articles of the Han Dynasty also showed different styles from the previous historical stages. The development of ancient Chinese jade articles entered another peak. 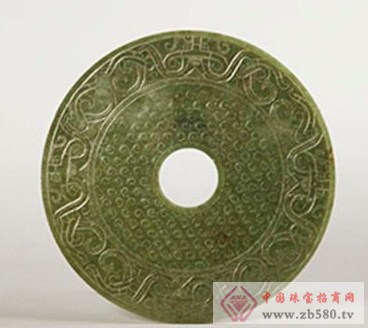 In the early years of the Western Han Dynasty, the government implemented a policy of recuperating and living, which promoted the recovery and development of productive forces. After the "rule of Wenjing", during the period of Emperor Wu of the Han Dynasty, the country began to move toward prosperity. Under the background of "only respect for Confucianism", the concept of "Yu De" beginning in the Western Zhou Dynasty has been continuously explained, and the concept of "Bi De Yu Yu" has been further sublimated, so that Xu Shen in the Eastern Han Dynasty was in the "Speaking of Words and Explanations" Jade gives the "five virtues" in jade, emphasizing the personalization of jade, and showing the unique jade culture concept in ancient China. At the same time, the Taoist desire for longevity made the Han Dynasty buried jade very developed, and there were rich and varied types of jade and jade, such as Yuyi, Yujiu, Jade, and Jade. The use of jade clothing gradually formed a clear system. Become a symbol of status.

The Emperor Wu of the Han Dynasty sent Zhang Wei to the Western Region, and the Eastern Han Dynasty was overtaken by the Western Regions. The development of East and West transportation, in addition to meeting political needs, more importantly laid the foundation for trade exchanges and material exchanges. As a result, Xinjiang Hetian jade raw materials also flowed into the Central Plains in large quantities, and the warm and delicate texture of Hetian jade became the mainstream of Chinese jade development. In addition, agate, crystal, talc, etc. are still the raw materials for the production of jade in a broad sense.

With the continuous advancement of iron-smelting technology, iron tools are commonly used in the production of jade, and the technology of the jade in the Han Dynasty has developed by leaps and bounds. Under the influence of strong national strength, under the influence of Confucianism and Taoism, the jade workers used superior jade materials and used exquisite skills to create a bold and heroic aesthetic based on the inheritance of the previous jade tradition. The jadeware of interest, the function of jade is also more diversified, the traditional etiquette function is further weakened, and the practical function of jade is further strengthened, thus laying a foundation for the jadeware to be secularized in the next stage.