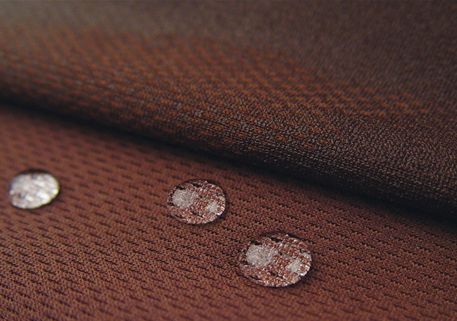 Due to the high cost of raw materials, manpower and land, the price advantage of Shaoxing enterprises in the market competition is gradually disappearing, especially in the traditional industries such as textile, home textile and machinery. The challenges are even more severe.

In order to break this passive situation, some companies have started to upgrade articles, such as starting with raw materials, acquiring or building their own raw material production bases, in order to achieve the purpose of cost reduction and quality improvement.

In the past, the companyâ€™s eyes were mainly on the market. Now, the production of raw materials in the production line has become a new target for Shaoxing enterprises to â€œtake over the cityâ€.

There are more and more companies that look "move up"

Two years ago, when Jie Liya spent 3.5 billion yuan to build the world's largest towel production base in Aksu, Xinjiang, it was immediately reported that it has aroused widespread concern in the industry. Today, the cotton base established by Jie Liya in Xinjiang can produce 350,000 tons of cotton annually, which accounts for one-twentieth of the national cotton production.

Last year, another company in Zhuji, Yuemei Textile invested 100 million euros to include the state-owned cotton company of the Republic of Mali in Vietnam. The company is the most important cotton production and acquisition company in Mali. It has millions of acres of cultivated land and 17 cotton processing plants throughout Mali. Mali, which is located in West Africa, is currently Africaâ€™s third largest cotton producer and cotton is the countryâ€™s main export product. It is not difficult to see that the purpose of the "Yuemei" acquisition plan is also for raw materials - cotton.

It is understood that at present, there are many companies that are keen to shift their attention to the upper end of the industrial chain, such as Jie Liya and Yuemei Textile. The reason is to control the source raw materials and avoid market risks caused by changes in raw material prices. "This is actually the result of the market's relentless force." According to the relevant person in charge of the economic operation department of the City Economic and Information Commission, the reporter said, "For textile companies, since 2008, the price of raw materials, especially cotton yarn and other upstream products, has fluctuated up and down. The market risks faced by companies are getting bigger and bigger. Many powerful textile and home textile companies have started to plan their own production of raw materials."

It is reported that in addition to cotton textile companies establishing cotton bases, rice wine companies represented by â€œGuyue Longshanâ€ have established more than 40,000 acres of raw material bases in grain-producing areas such as Changzhou, Anhui, Tongling, Anhui, and Yingcheng, Hubei; Yongfu County, Guangxi Province has signed a cooperation project with an annual output of 500 tons of white factory wire and 1,000 tons of enamel wire, and a 500-ton silkworm mulberry base is established in the local area. For a while, the establishment of a raw material base has almost become a consensus among Shaoxing enterprises. According to preliminary statistics, Shaoxing City enterprises have established 30 or 40 "raw material bases" of various "raw material bases" throughout the country and even overseas origins through cooperation or acquisition.

Why are companies keen to build "bases"?

Shaoxing companies are keen to establish their own raw material bases. The reasons for this are very profound.

Li Yangyao is the general manager of Shaoxing Guanye Knitting Co., Ltd. He told reporters that for textile companies, the cost of raw materials accounts for 50% to 80% of production costs, so the impact of fluctuations in raw material prices on companies is very large. The changes in the prices of textile raw materials in recent years have caused Li Yangyao to worry deeply. â€œThe most impressive thing is that at the end of 2009, the price of cotton yarn went up all the way. When 40 cotton yarns were sold in early November, the price was still around 24,000 yuan/ton. In time, the price per ton rose by 4,000 yuan, and now the price has dropped back to 25,000 to 26,000 yuan/ton. In recent years, cotton yarn prices have fluctuated widely and the prices have generally risen.â€ Li Yangyao believes that the rise in raw material prices has to a certain extent With the development of textile companies, powerful companies can effectively resolve raw material price risks if they own raw material bases.

At present, the purchase price of domestic cotton remains high, while the price of cotton in foreign production areas is much lower, which also contains business opportunities. It is understood that the annual production of Vietnam-US production sites in Mali ranges from 250,000 tons to 350,000 tons, while the amount of cotton used by Yuemei itself is only 30,000 tons, and the remaining output has become a new growth point for corporate profits. â€œIn the past two years, Maliâ€™s cotton purchase price was only one-third of the domestic purchase price, and it is now far below the domestic price. In this context, many textile companies face cost pressures such as rising raw materials, and weâ€™re looking It's much easier.â€

Xu Dong appears to be confident in the future of Yuemei. "With the protection of raw materials, we can also liberalize our development plans."

The tie industry in Zhangzhou has successfully operated more than 1,000 tons of silk through a model of cooperation with the Real Estate Silk Base, and has obtained a huge price advantage. For example, Zhangzhou signed a contract with Yunnan Baoshan for three years to supply 2,000 tons of white factory silk. The white silk provided by the other party was 10,000 yuan less than the market price per ton. â€œOur cooperation with the raw material base can save 2,000 to 300,000 yuan annually. For smaller companies like ours, we can reduce cost pressures,â€ said Mr. Shen, who heads the Chenzhou Cotton Dragon Necktie Factory.

In addition to fighting price fluctuations and ensuring profits, another important reason why some companies are keen to build raw material bases is to ensure product quality.

The reason why Jie Liya chose to establish a cotton base in Xinjiang is to look at the local natural environment. "The total cotton production in Xinjiang accounts for about 40% of the country's total, accounting for 8% of the world's total. Together with the country's only long cotton production base, it is an important raw material for the production of high-quality cotton fabrics. The quality of the Ya towel is covered by insurance.â€ Zeliyaâ€™s stone always frankly stated that having a cotton production site of this size actually ensures Jie Li Yaâ€™s leading position in the home textile industry and has more advantages in the future market competition. .

The viewpoint of self-built raw material bases to ensure product quality is equally applicable in the rice wine industry.

â€œJaponica rice is the meat of Shaoxing rice wine. With green food, it can produce the healthiest and most delicious Shaoxing rice wine.â€ The yellow rice wine enterprise can build a â€œgrain raw material baseâ€ to better control the quality of rice wine from the source. â€œBrewery companies can't just link winemaking, otherwise quality is hard to get real guarantees.â€ The boss of a yellow rice wine company in Shaoxing said so. Today, for the food industry, setting up raw material bases can make quality more controllable. â€œIn the past, during the grain maturation season, the procurement department had to go around for food purchases, and it was easily affected by the grain and young years. Not only could quality not be guaranteed 100%, but the number and price of acquisitions would also be affected. Affects business costs and product quality."

Establishing a raw material base

It is also an industry upgrade

â€œIn recent years, with the increase in cost pressures and the increase in market complexity, the upgrading of traditional industries such as textiles has become a hot spot, but how to upgrade has become a problem. Some companies seek technological breakthroughs, and some companies start with management. And the establishment of a raw material base can also be regarded as an industrial upgrade.â€ Professor Xiao of the School of Management of Shaoxing University of Arts and Sciences has conducted research on the transformation and upgrading of Shaoxing's textile industry. He is very much in agreement with Shaoxing's practice of building a raw material base.

Xu Dong of Yuemei Textile believes that under the current situation of the rapid rise of Southeast Asian countries such as Vietnam, traditional textile companies need to gain more market advantages. It is a model to increase profitability based on technology, while controlling raw materials cannot be used at the level of production and technology. Under the premise of rapid increase, it may be more rapid and effective to change the "passive" situation in the market.